For me, Fall is more about ENJOYING apple desserts than pumpkin desserts and thus, this apple pie cake was created! hehe. It’s layered with classic American buttercream frosting and my homemade apple pie filling. Some folks in my family prefer this cake with cream cheese frosting. Use whichever frosting works for your taste buds! For decoration, I kept things simple and rustic and used white chocolate shreds and cinnamon sticks.

When I first started experimenting with this cake, I actually made a basic vanilla cake but the flavors of the buttercream and apple pie filling were not complimenting the cake. I called up my Mom and she said to bake a simple cinnamon cake and that worked perfectly!  This would be perfect to serve at your Fall and Thanksgiving parties. 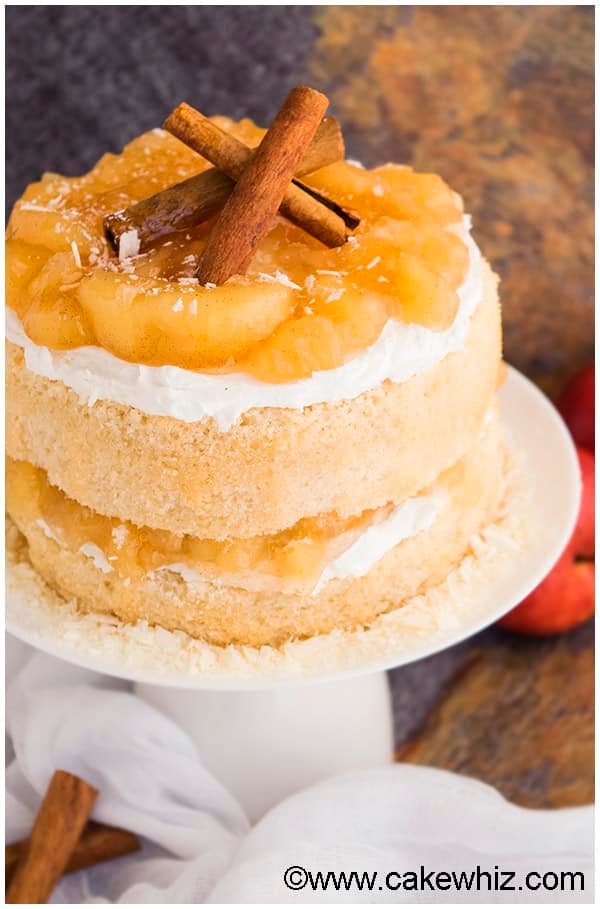 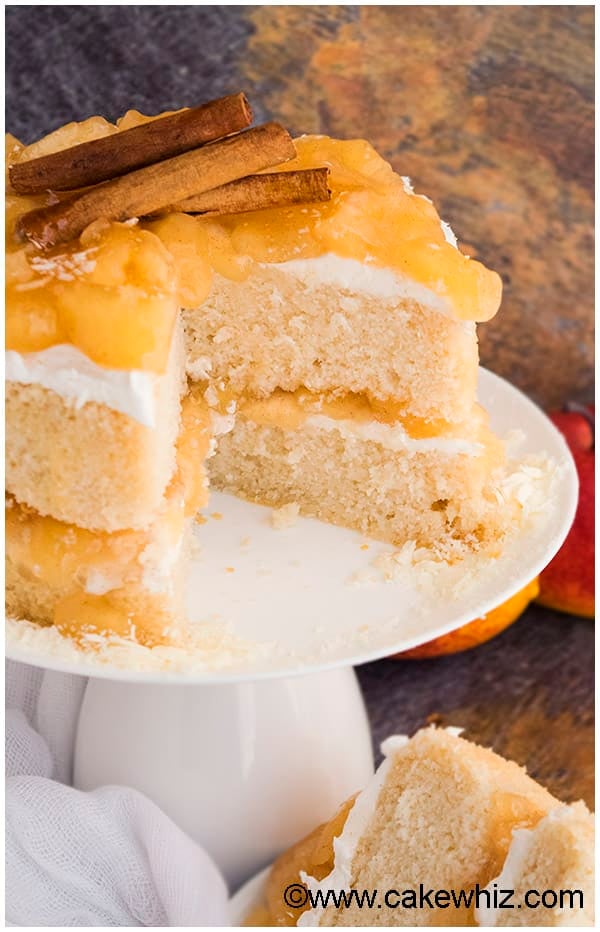 This is not an apple pie dump cake!

That version is usually made with 2 ingredients: cake mix and apple pie filling. It tastes and looks more like a cobbler than a cake.

Use homemade apple pie filling or store-bought filling. I prefer homemade because it tastes fresher but canned filling works well too, especially if you are short on time.

This cake would be great for birthdays. However, keep in mind that layer cakes are usually time consuming. So, I suggest that you DON’T make this layer cake in just one day. Divide the tasks over a few days to simplify the process. Make frosting on day one. Make apple pie filling on day two. Bake the cakes on day three. Assemble everything on day four. This should prevent the process of making a layer cake less over-whelming. 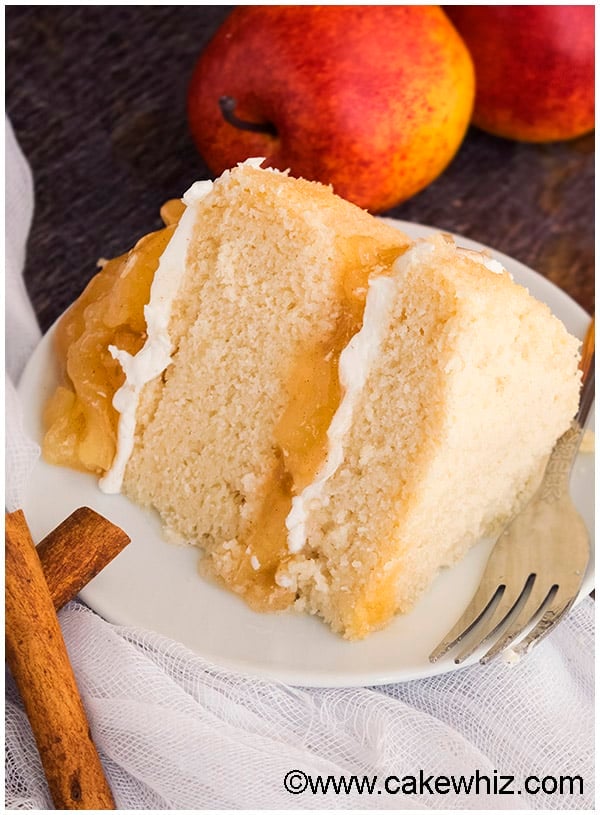