Thanksgiving just won’t be the same without this perfect apple pie! It’s truly a classic just like this Easy Pecan Pie Recipe or this Easy French Silk Pie. If you have ever been scared of making your own pie, you can be at ease now with this version.

My Mom’s easy and simple apple pie recipe is the best! 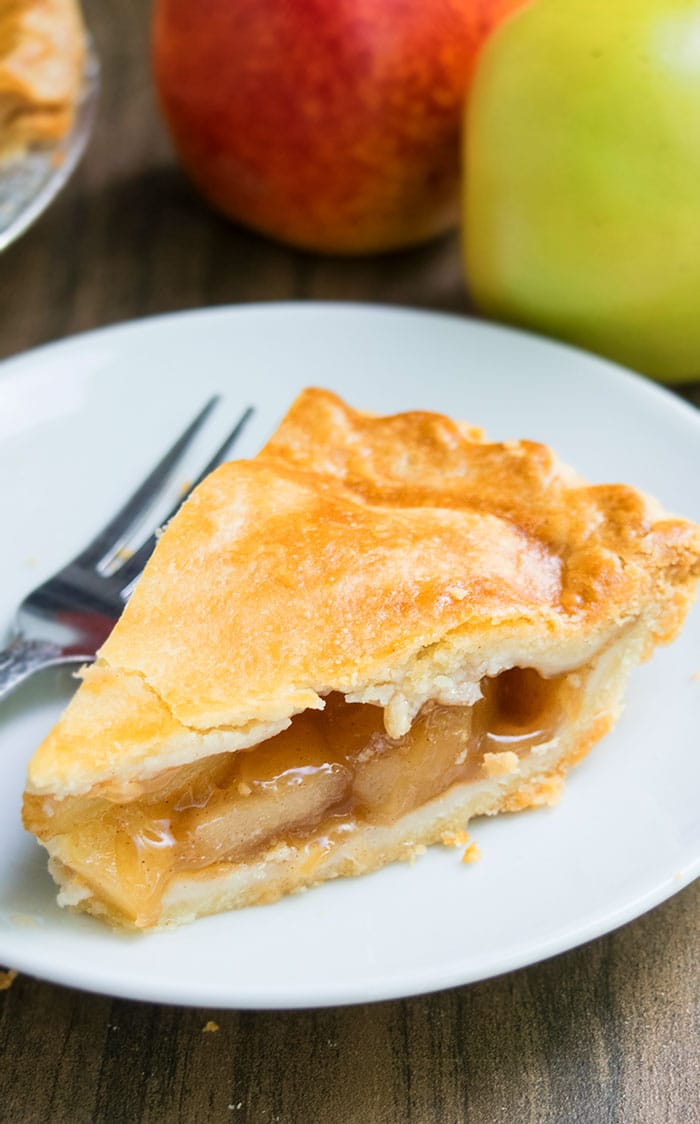 Granny Smith, McIntosh, Honeycrisp, Golden Delicious, Gala apples are best. Use a combination of them, if you like.

It’s very easy and made by cooking apples, sugar, cornstarch, cinnamon, water together until thick.

This is different than the classic version because it has a pie crust base that’s filled with an apple filling and topped off with a crumbly streusel topping instead of a pie crust.

That is the Dutch version. That’s made by combining together flour, butter, sugar, cinnamon and some nuts (optional) into a crumbly mixture. It’s spread on top of the pie, prior to baking instead of a pie crust to create a delicious crumbly topping. 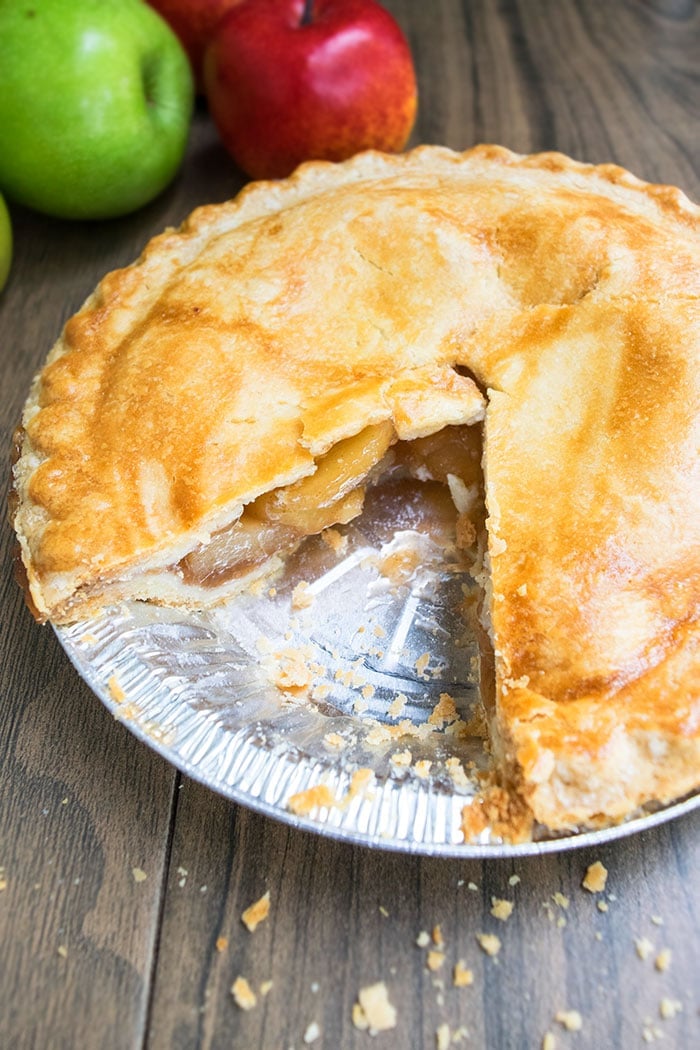 You can use mini round pie pans OR you can make the pies in mason jar lids or even make them in a cupcake pan.

Make this pie in an oven-safe rectangle dish and when it cools down, cut it into bars.

You can check out my no bake Easy Caramel Apple Pie Recipe OR you can make this pie below and drizzle thick caramel sauce, prior to serving.

You can use store-bought pie crust or make it from scratch. It’s simple and made by combining together, flour, butter, sugar and water.

Add 1/3 cup fresh cranberries in this recipe to give it a little tartness. 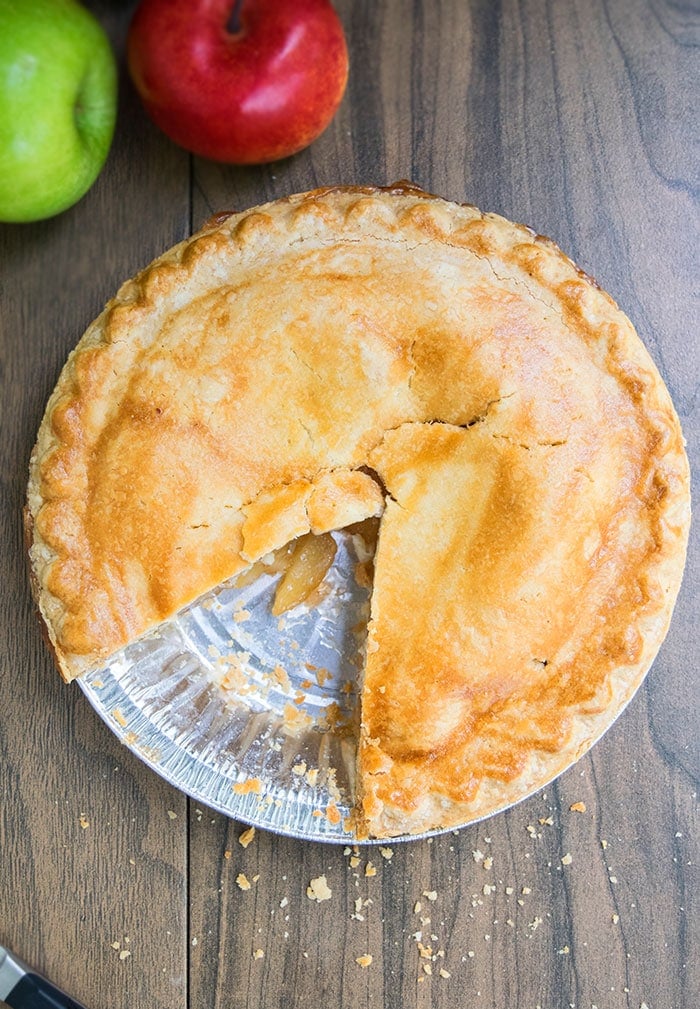 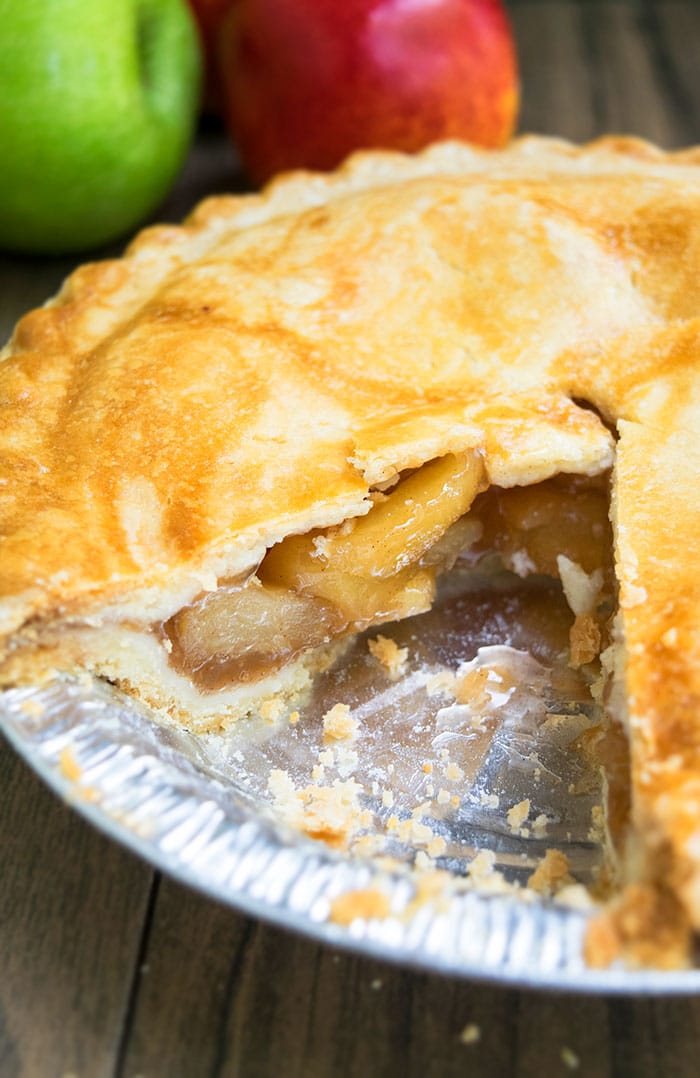 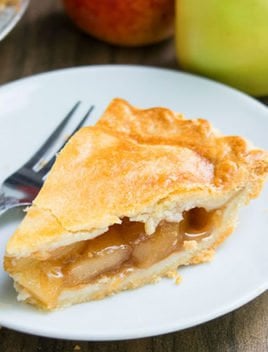