Make these quick and easy Santa hat brownies for Christmas, using simple ingredients! This is a fun dessert or snack to make with kids during the holidays.

Yesterday morning, I woke up with an idea in my head…Santa hat brownies!

However, I was out of flour and  didn’t feel like going out to the grocery store in the cold.

So, I used box brownies.

I am NOT sure why people start bashing other people for using boxed mixes.

I mean I like baking and making recipes from scratch but I am NOT ashamed to use boxed mixes either. 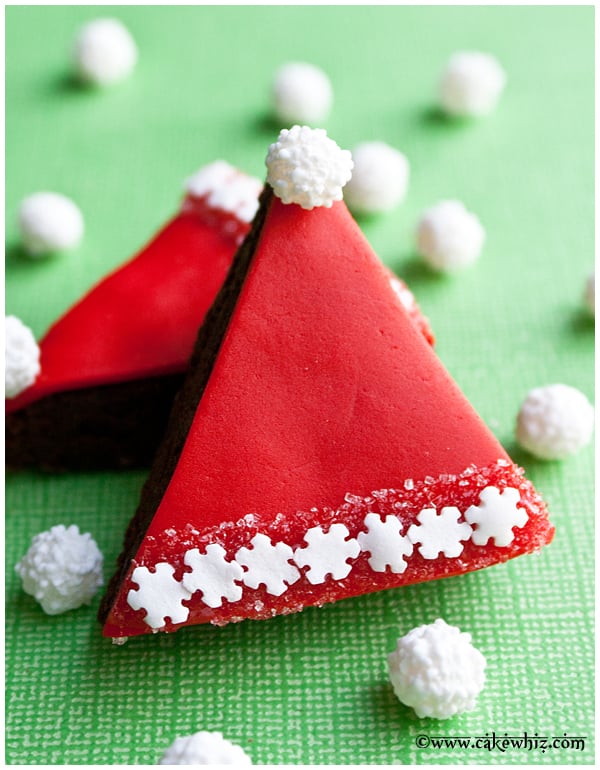 Anyways, when these brownies cooled down, I cut out triangle shapes and decorated them with fondant and sprinkles.

If you enjoy piping, you can use royal icing or buttercream icing too. 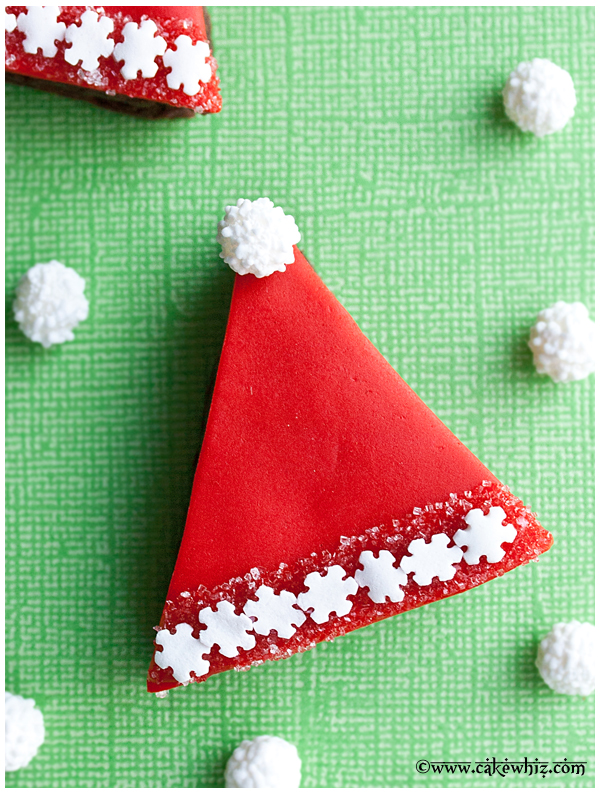 I think you can also make grinch hat brownies, if you used green fondant.

Maybe that can be something I try next year. 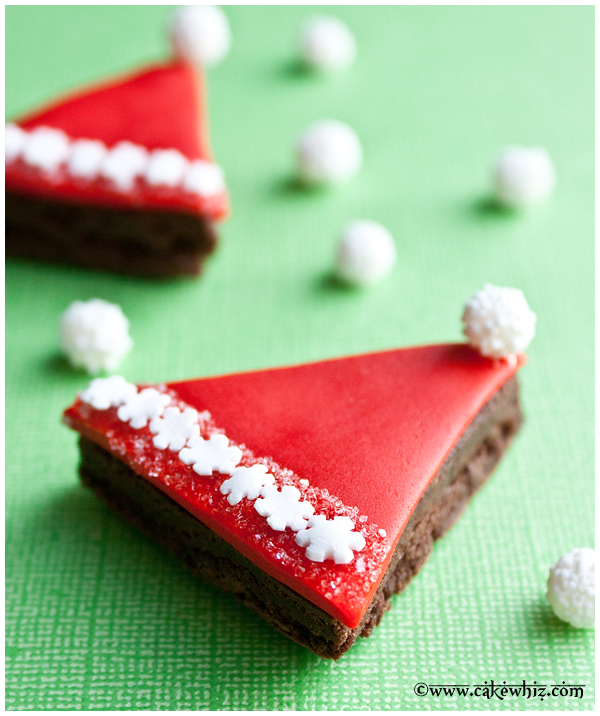 To make these Santa hat brownies, you will need the following SUPPLIES:

Note:
If you don’t want to use fondant, you can just use red American buttercream frosting.

These are the INSTRUCTIONS:

Step 1:
Use a square cutter to cut out square pieces of brownies. 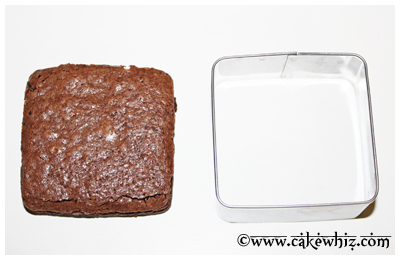 Step 2:
Use a knife to cut the sides and give your brownie a triangular shape.
Make sure one side is more slanted than the other.
Flip it over coz we will be working on the back side. 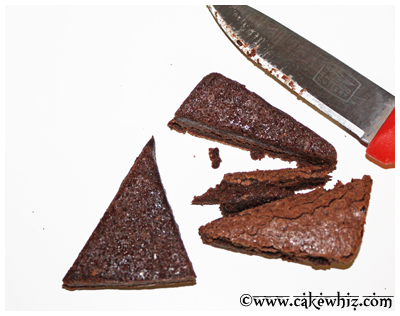 Step 3:
Brush some corn syrup on the back side.
You can use buttercream icing if you like. 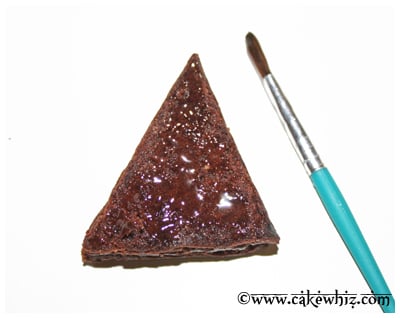 Step 4:
Now, roll out some red fondant.
Place the brownie piece here until it sticks into place. 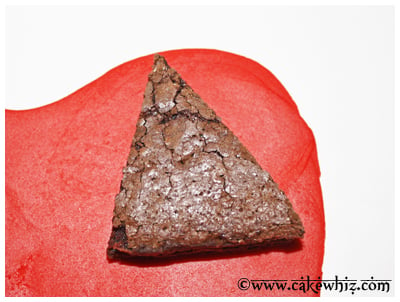 Step 5:
Use a sharp knife to cut the fondant around the brownie.
Flip it over again and you will end up with smooth fondant covering on your brownie. 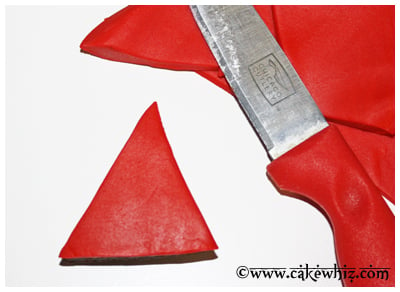 Step 6:
Brush some corn syrup near the base of the triangle and sprinkle some sparkling sugar. 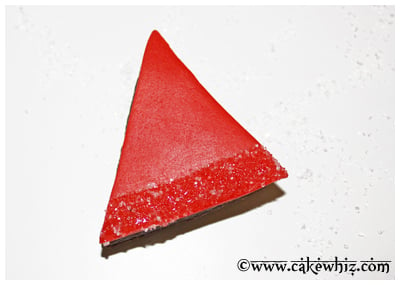 Step 7:
Brush some corn syrup on top of the sparkling sugar and stick some snowflake sprinkles here. 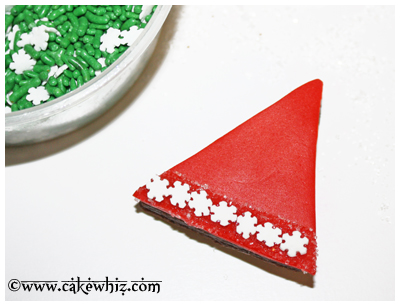 Step 8:
Brush some corn syrup on the very top and stick a big round sprinkle or sixlet here. 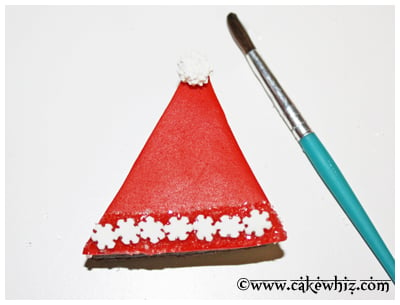