Learn how to make quick and easy Dracula pudding cups for kids Halloween party with this step by step tutorial. Simple ingredients and supplies needed.

I made some Halloween Pudding Cups last year and they were such a hit that I am sharing another design today. These Dracula pudding cups are so much fun to make, using just some store bought candies and cookies. Your creativity can truly run wild! 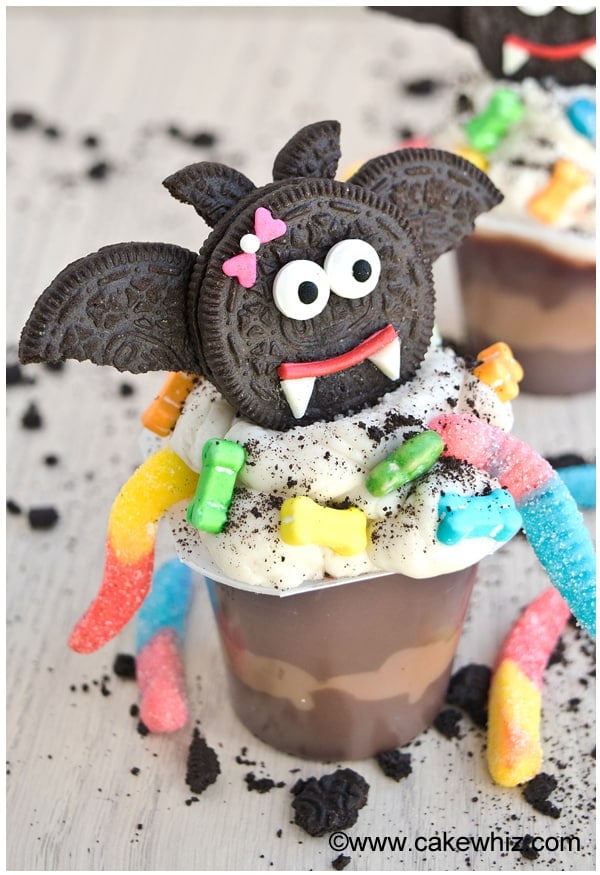 My little one has been obsessed with that Dracula character from the Casper cartoon. I already made Dracula cookies for him but he keeps insisting on more Dracula treats…hehehe. So, I made these adorable Miss. Dracula pudding cups for him. Isn’t she a little darling with her teeny tiny pink bow?! hehe. The little one says they are Dracula’s girlfriend…hahaha. 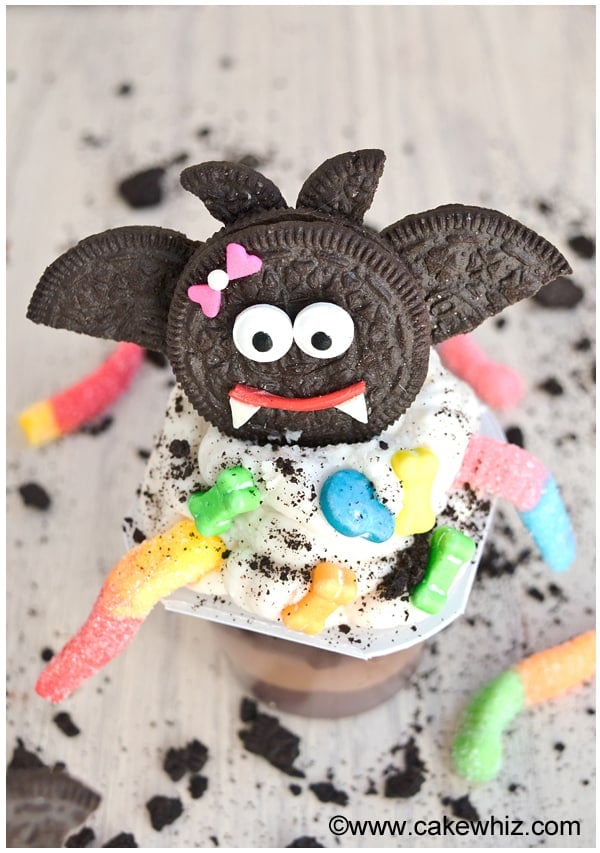 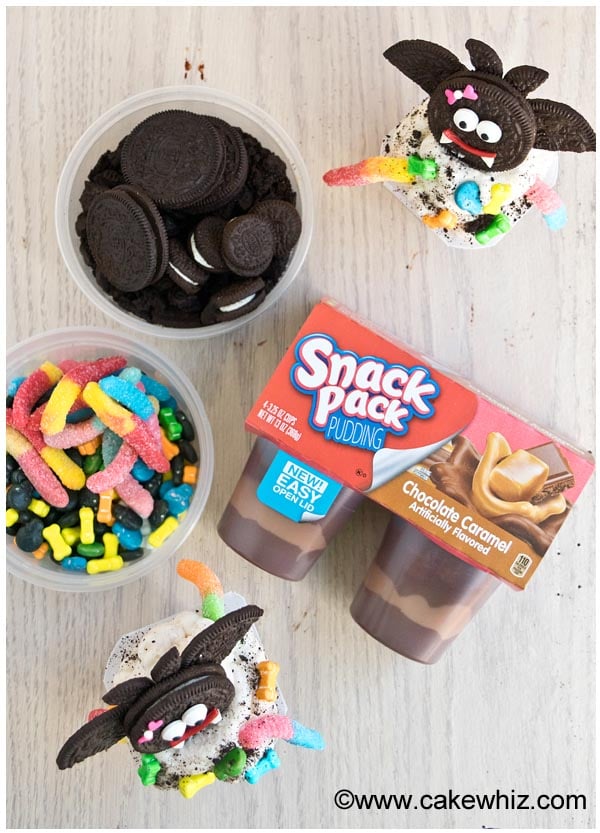 I decorated the pudding cups with some frosting, Oreo Draculas,  gummy worms and bone candies. You can mix in whatever else you like. 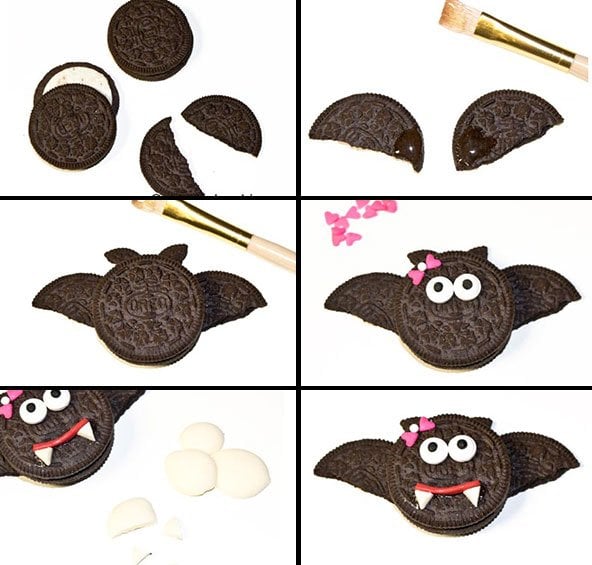 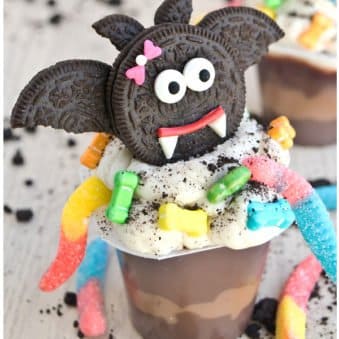