*Thank you Vital Proteins for sponsoring today’s post so that I can make these fudgy eggless brownies. As always, all opinions and photographs are mine. *

These fudgy eggless brownies have been a work in progress for about 7 months now and was totally worth it.

If you have been searching for the most ooey gooey brownies ever, your search can finally end now.

This eggless FUDGE brownie recipe is very EASY to make and honestly, you don’t even need a mixer.

By the way, I have a confession => I like to enjoy this eggless brownie batter by the spoonfuls, prior to baking…hehe.

It’s delicious and since there are no raw eggs, it’s safe too!

I topped them off  with Nutella syrup but you can also heat some Nutella and spread it on top of the brownies with a spatula…Mmmmmmm! 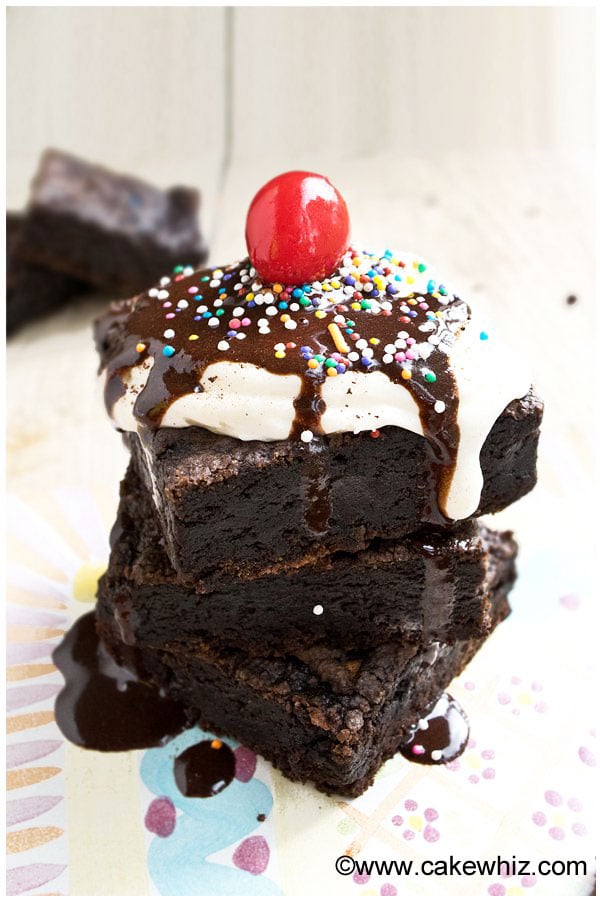 I know many VEGAN people like to make eggless brownies with flaxseed. However, I don’t always have flaxseeds in my pantry and wanted a SIMPLE recipe that didn’t require that ingredient.

My recipe for eggless brownies with applesauce and melted chocolate chips, cocoa powder and coconut oil is very easy to make with basic ingredients that are always in your pantry.

These EASY brownies have: 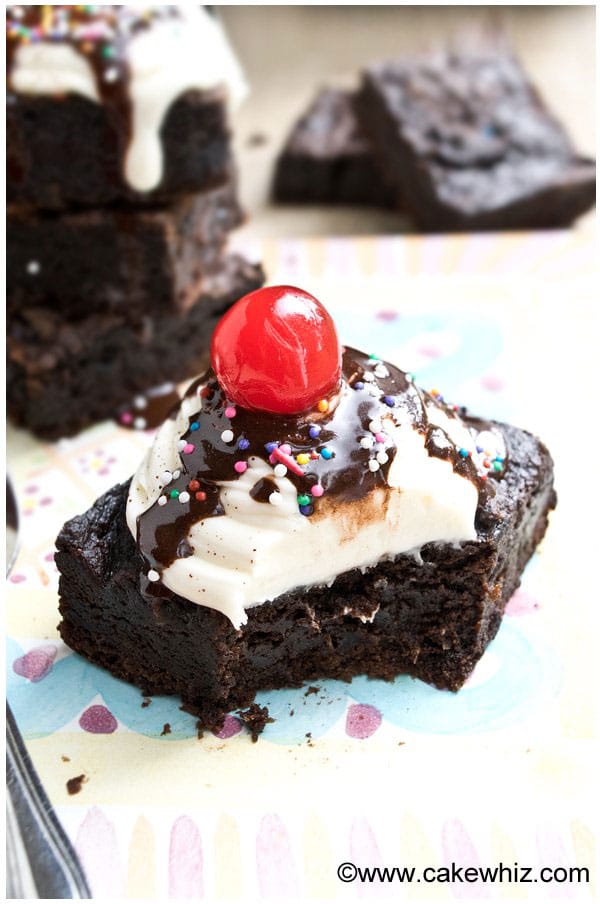 I also thought it would be good to share some of my experiments in the last few months so that you don’t make the same mistakes I did.

Then, I made eggless brownies with banana but the banana flavor was over-powering the chocolate flavor, which was weird.

I even tried different types of flours. The worst were eggless brownies with self raising flour because they had a cake- like texture.

Let’s be honest => An eggless brownie should be fudgy and NOT feel anything  like a cake! 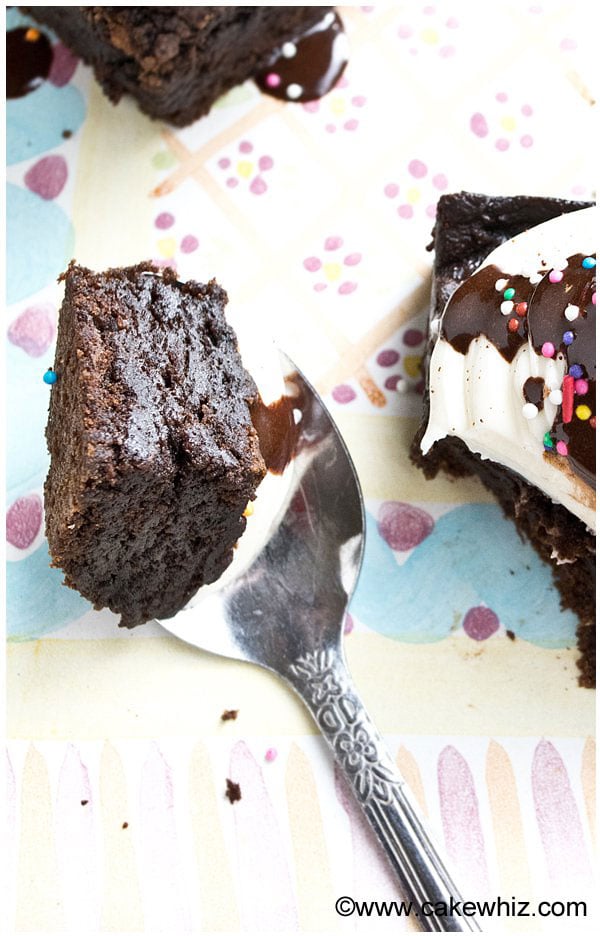 Here are some TIPS for the best eggless recipe for brownies: 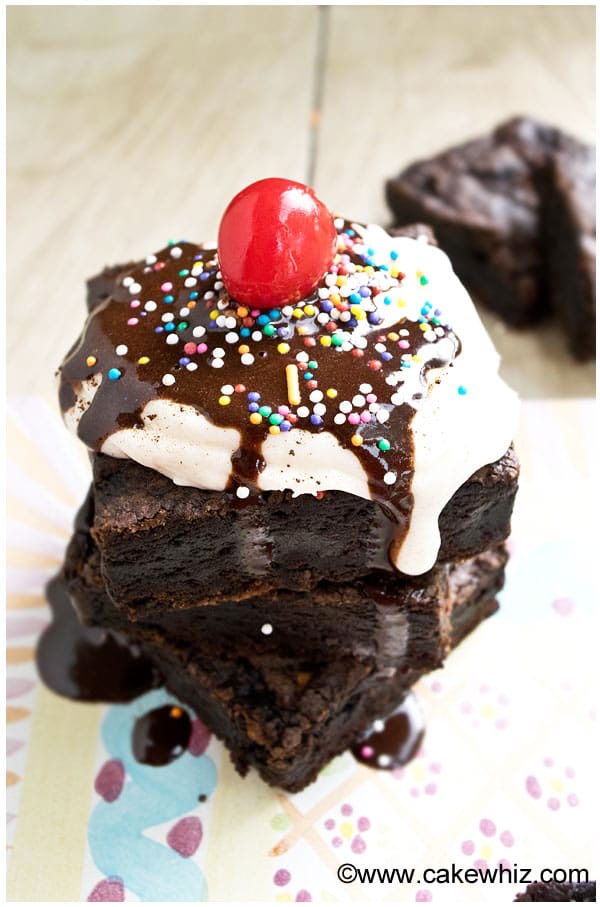 By the way, I added some collagen peptides in this recipe to add a boost of nutrition.

For those of you who don’t know, collagen peptides are packed with nutrients that are VITAL for the growth of your skin, hair, nails, bones and joints.

The best part is that it’s ODORLESS and TASTELESS.

So, you can add it to your recipes without worrying about the flavor changing. 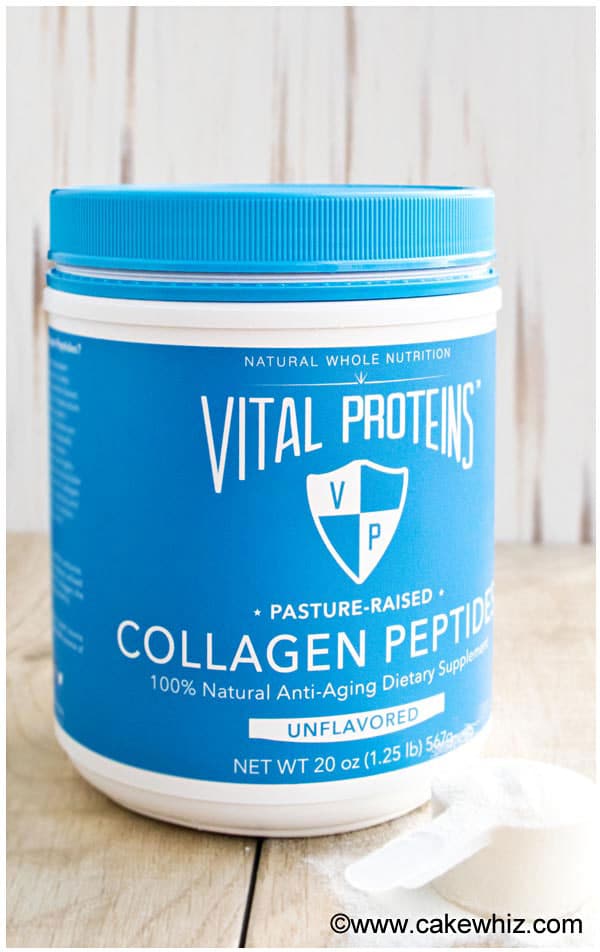 How to make eggless brownies from scratch at home?  How to make eggless brownies video? How to make eggless brownies in oven?
My recipe below is from scratch and I even did a video tutorial for it. It’s made in the oven and not a microwave or pressure cooker. Some readers have asked if that can be done with this recipe and I don’t know since I haven’t tried it yet.
To make these brownies, start off by adding chocolate chips, coconut oil, sugar and vanilla extract in a microwave-safe bowl. Heat in the microwave and mix everything together with a spatula until mixture is smooth. Add applesauce and milk and mix until smooth. Add flour, cocoa powder and baking powder and mix until just combined. Spread the batter in a square pan, lined with parchment paper and bake at 350 degrees for about 20 minutes. Top off with your favorite toppings and enjoy!

How to make eggless brownies with mix/ box mix? How to make eggless brownies from box?
Even though I prefer my brownies from scratch recipe, there are crazy busy days when I use a brownie mix box. The steps are really easy. In a mixing bowl, mix together the brownie mix, 1/4 cup milk, 1/2 cup unsweetened applesauce, 1/2 cup of chocolate chips or walnuts. Spread the mixture in a square pan (Dimensions: 9×9), lined with parchment paper and bake at 350 degrees for about 25 minutes. Enjoy! 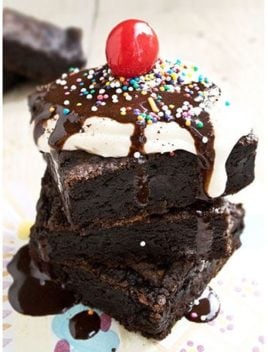