Quick and easy cinnamon cookies recipe, requiring simple ingredients and loaded with cinnamon! They are soft and chewy on the inside, crispy on the outside.

I am adding this cinnamon cookies recipe today to my ever-growing collection of cinnamon recipes. If you like cinnamon as much as me, you need to try these Fluffy Cinnamon Pancakes and Cinnamon Muffins.

My favorite cookies to bake are always those that have been passed along the generations and these ones are highly requested during the holiday season, especially Thanksgiving and Christmas. 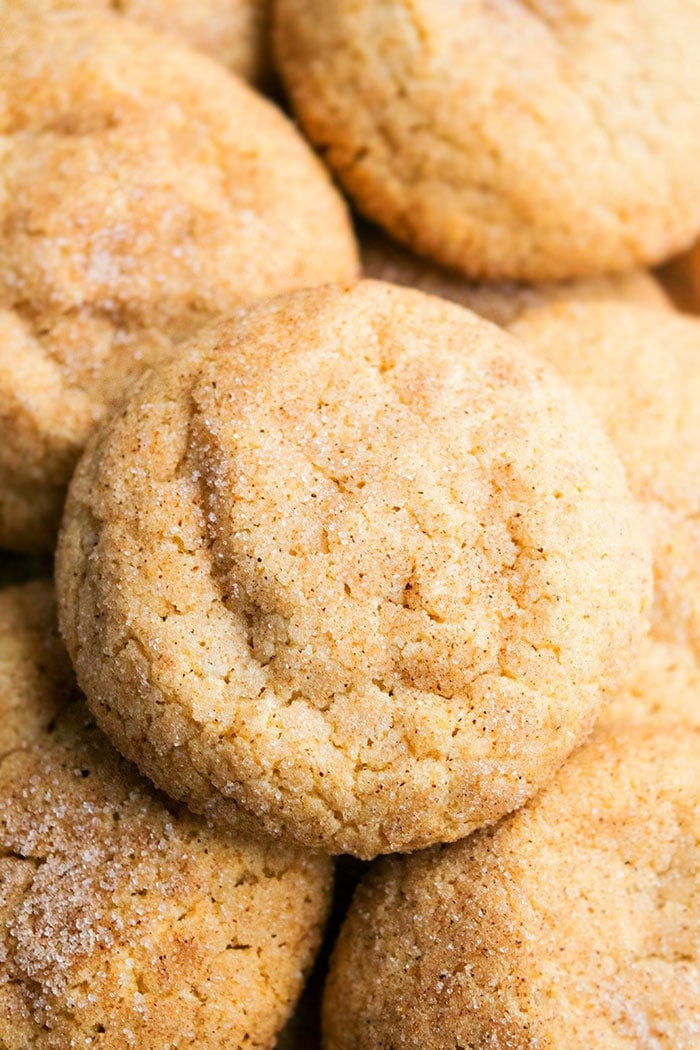 These cookies are soft and chewy on the inside but they have an amazing crispy, crackly, sugary top that just blows me away! For this perfect texture, make sure you measure your ingredients accurately and also chill the dough. Also, to get that crispy top, you must roll the cookies in the cinnamon sugar mixture. That step cannot be omitted! 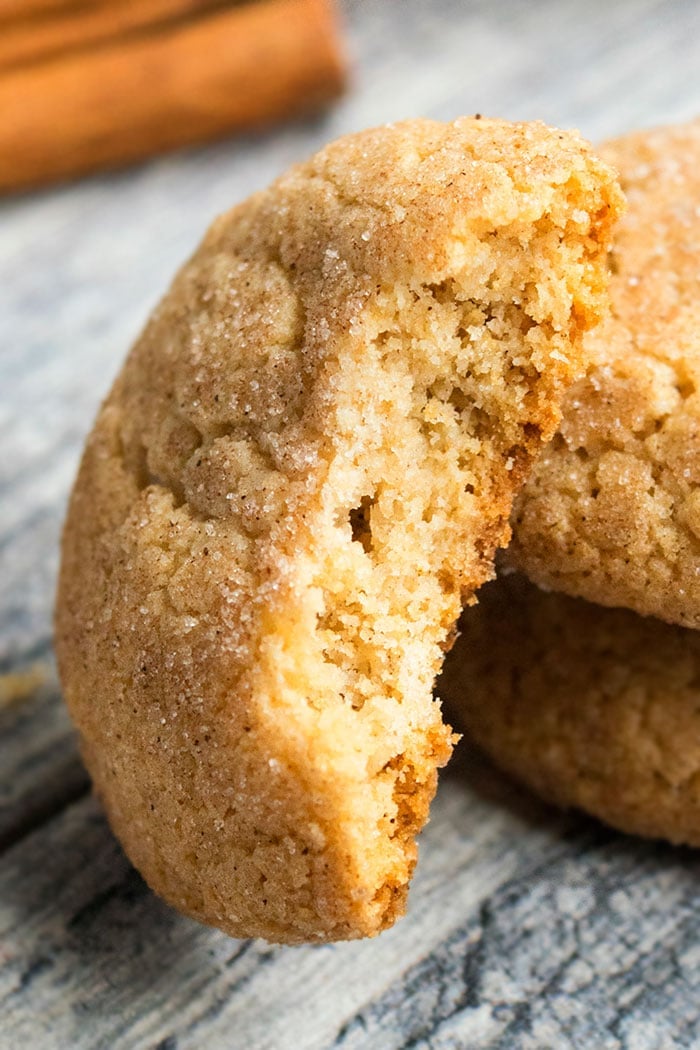 These cookies have all the flavors of a cinnamon roll but to give them the final touch, spread some American Buttercream Frosting or Cream Cheese Frosting, which is what’s typically used to frost cinnamon rolls. You can also make sandwich cookies

Cut 1 medium sized apple into small 1 inch pieces and mix that into the cookie dough.

These are not the Mexican version, which are very similar to wedding cookies and have a totally different texture. 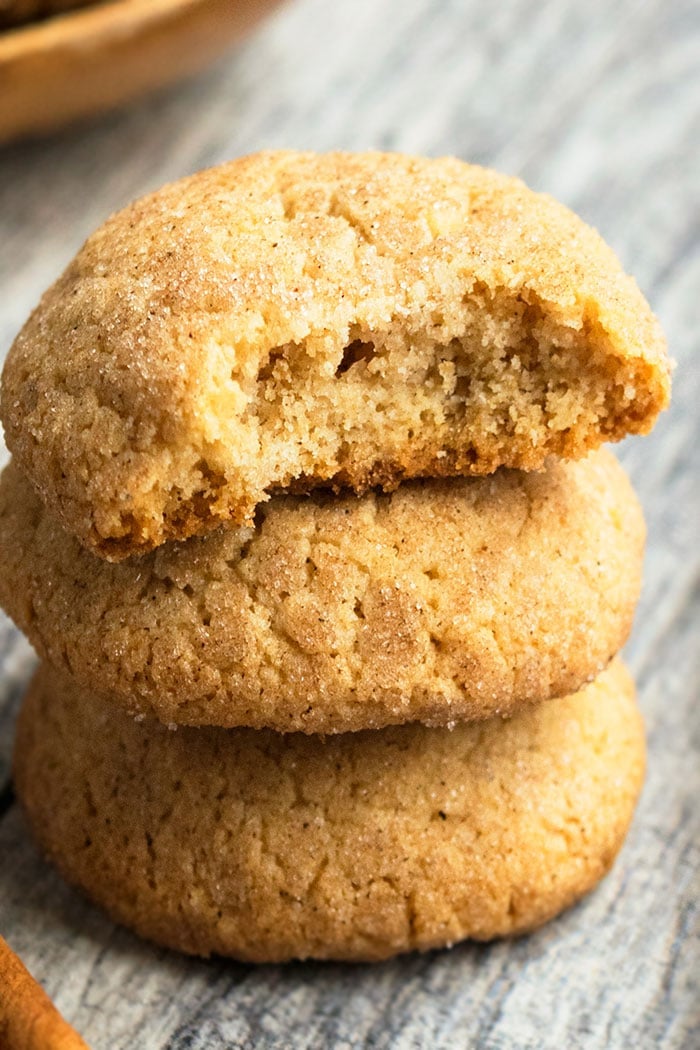 I highly suggest lining your pans with Reynolds Cookie Baking Sheets. Not even one of my cookies stuck to the sheets… YAY! These baking sheets are so convenient to use because they are already pre-cut and they are also strong enough to be picked up from the tray and moved onto a cooling rack without tearing. 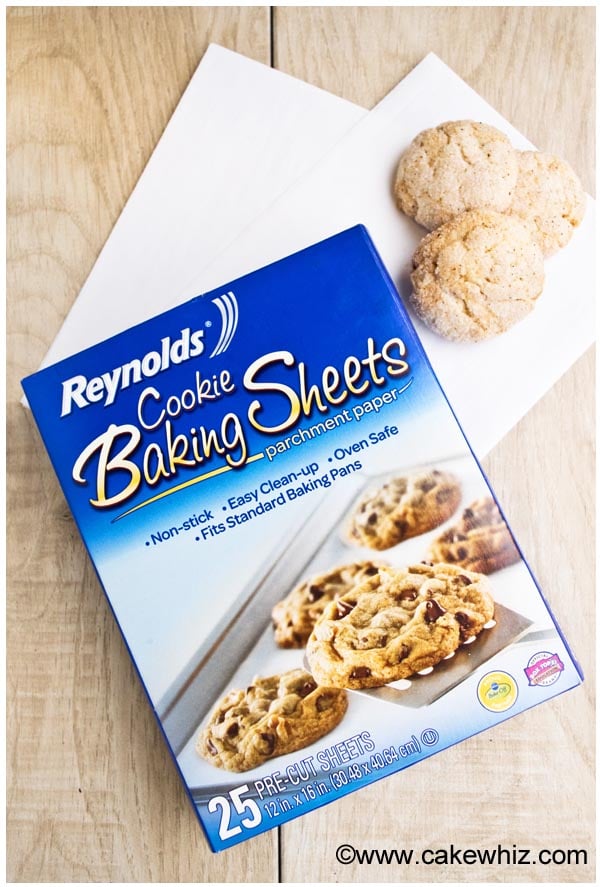 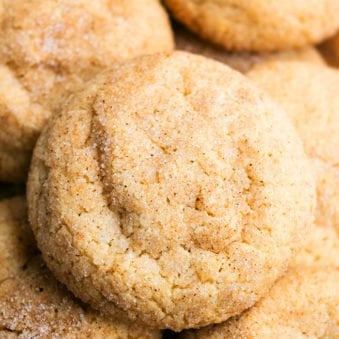 Prep Time: 10 mins
Cook Time: 15 mins
Chill time: 1 hr
Total Time: 1 hr 25 mins
Quick and easy cinnamon cookies recipe, requiring simple ingredients and loaded with cinnamon! They are soft and chewy on the inside, crispy on the outside.
Yield: 40 Cookies